Have you ever heard of the Venice Historic Regatta (Regatta Storico)?  It is a race held the first Sunday in September on the Grand Canal of Venice.  The 2011 Regatta Storico is Sunday, September 4th.

The race participants usually wear historical costumes and each neighborhood in Venice is represented. 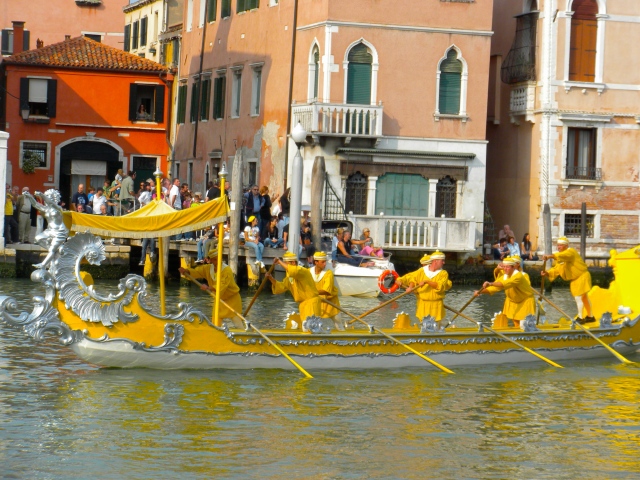 There are several categories of races that are held on Sunday afternoon, but the most interesting part of the day for me is just standing along the water and watching the boats as they row up and down the Grand Canal in procession before and after the races. 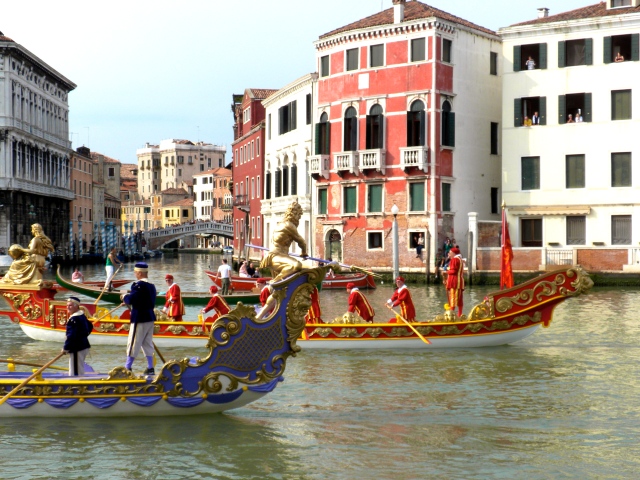 I have seen several versions of the history of the race, the official race website says the costumes and boat designs are usually from the 16th century, but I have also read that the races actually began around the middle of the 13th century.

Some race teams do not wear costumes, and I even saw a few people on the canal paddling long boards.  I do not know if they are part of the race or just act as support crew, but it looks cool to see someone paddling down the Grand Canal of Venice on a longboard!

The races do not start until the afternoon, but it is best to get to Venice early in the morning to snag a spot right on the canal.  Even though this is a big event for Venice, it is not nearly as crowded as other celebrations, which makes it a little more enjoyable. 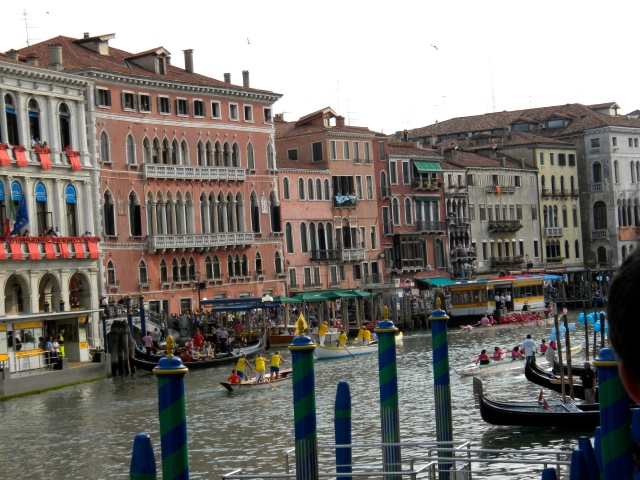 If you are going to be in Venice or northern Italy in September (a great month to visit) I highly recommend spending at least a few hours watching the Regatta Storico.  Here is a website if you would like to see better pictures of the Regatta Storico.

This entry was posted in Uncategorized and tagged Italy, Travel, Venice. Bookmark the permalink.