Festival of Torcolato in Breganze, Italy

It’s late January and everyone is getting tired of winter.  It’s been a mild season south of the Dolomites, with no snow to speak of.  Aside from a few frosty mornings, the landscape in my town has just been depressing.

One exciting thing that happens this time of year, snow or no snow, is the pressing of the dried grapes for sweet wines like Moscato and Torcolato.  The grapes are picked in October and left to dry until January.  Torcolato wine is sweet with a bit of a honey aftertaste.  I don’t normally like white wines, not even sweet whites, but this stuff was good.   You can read more about the sweet wines here.  Earlier this month, the tiny town of Breganze was having its annual festival where the local wine makers were  pressing of the first batch of grapes that will become Torcolato. 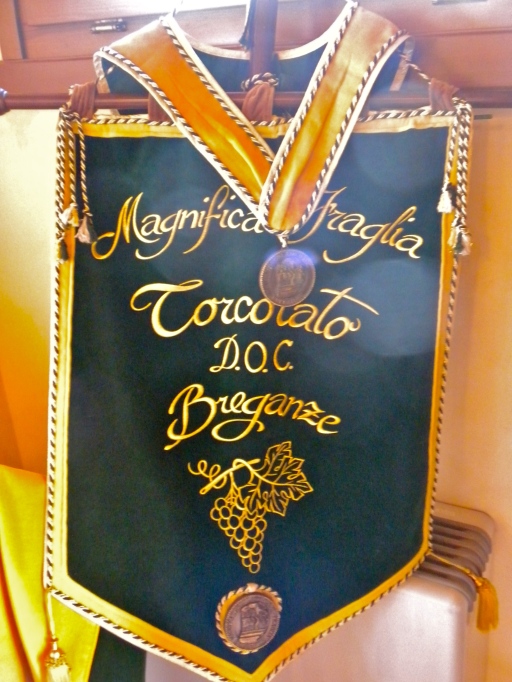 Torcolato wine is not very well known, but apparently the community of wine makers here in northern Italy take it very seriously.  There is even a fraternity of Torcolato wine makers who wear very impressing looking robes and medals. 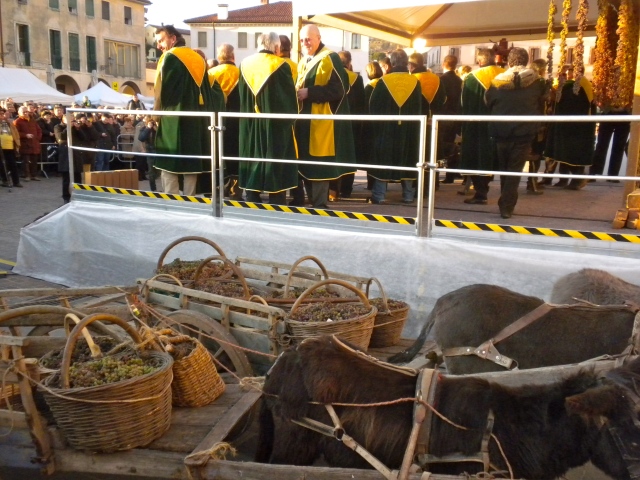 We spent the day wandering around the town’s main square sampling Torcolato and local sausages and cheeses. Right before dusk, a couple of donkeys strolled into the square carrying carts of the dried grapes (of the garganega variety, if anyone cares). 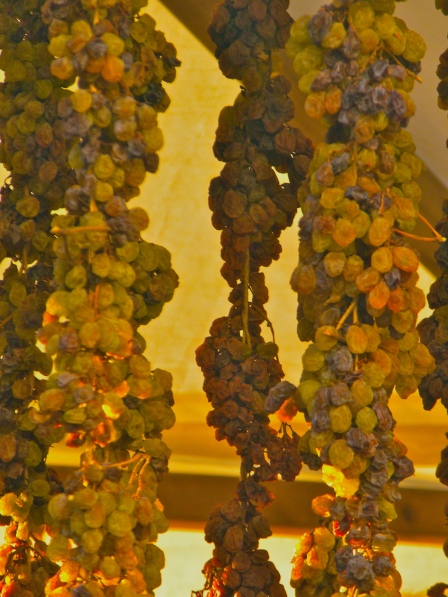 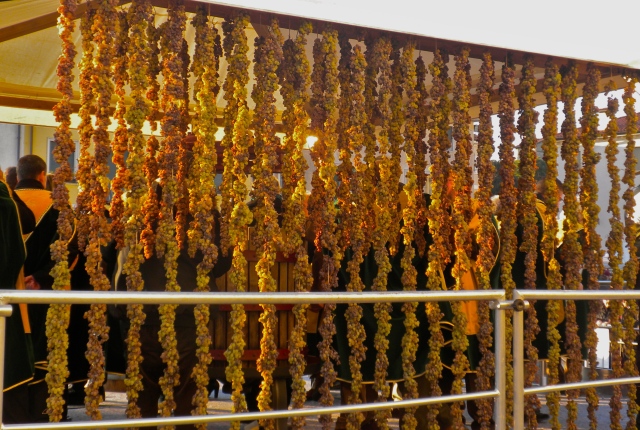 After a lot of talking, the announcer called out the names of each vineyard that makes Torcolato, and one by one they would ceremoniously drop one of the long strings of grapes into the traditional presser. 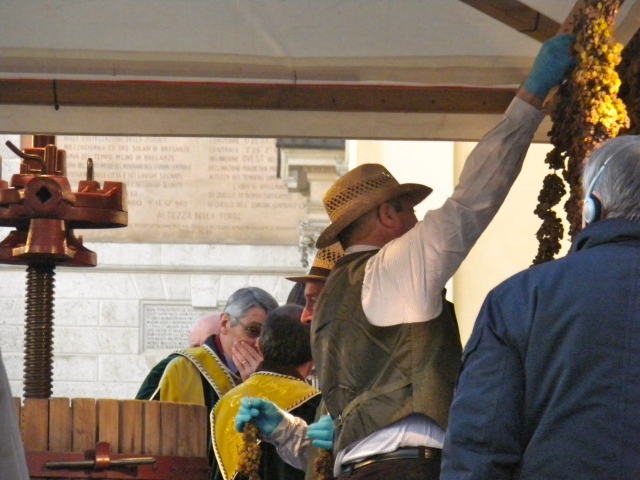 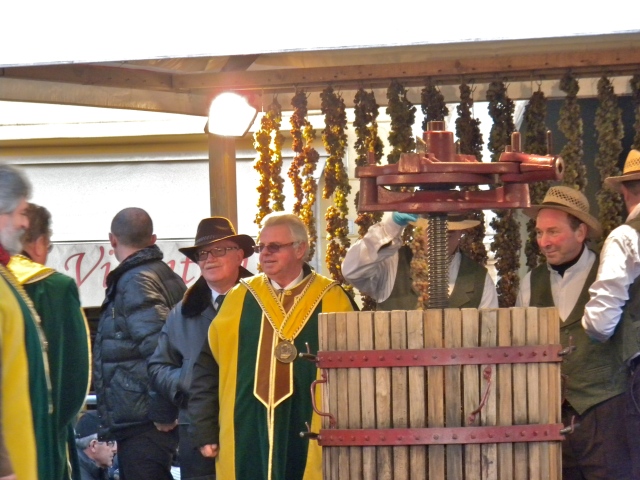 Apparently, everyone was taking too long to drop in their grapes because at one point the announcer told them to hurry up, he didn’t want to be up there all night.

Once the vat was full, they used wooden blocks and a crank to press the juices from the grapes. 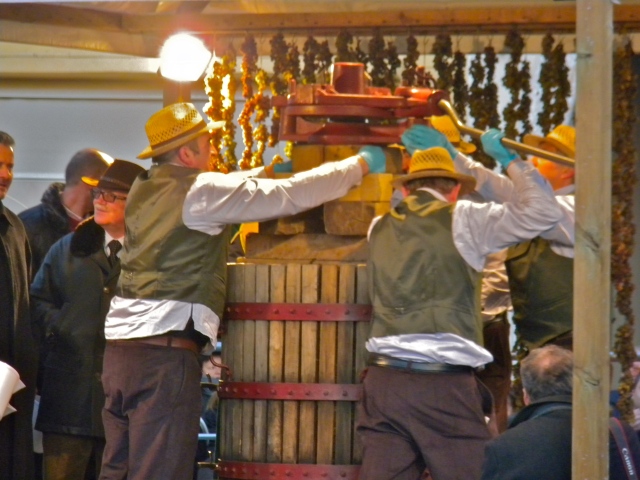 Once the juice started flowing, the members of the fraternity each tasted the wine, starting with the Mayor.  Mayors of Italian towns wear a sash with the colors of the flag to important events and ceremonies, which I think is pretty awesome.  The sunglasses on the top of her head do not look as awesome. 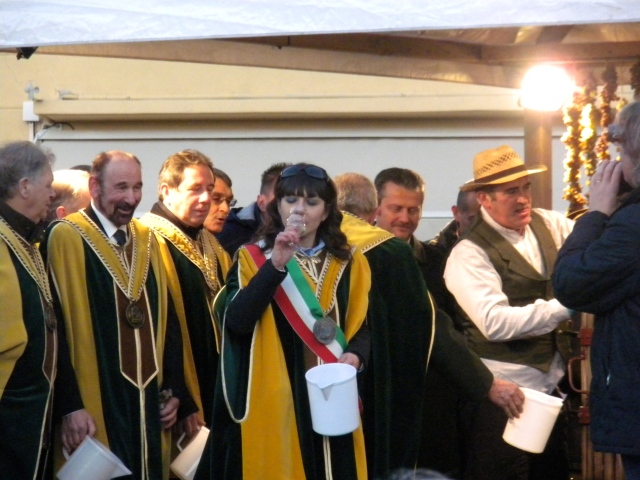 The wine from the grapes that were pressed earlier this month will not be ready to drink for about 18 months.  I did not buy any bottles at the festival, but I am regretting that decision so I will have to Breganze very soon to stock up!

This entry was posted in Uncategorized and tagged Breganze, Festivals, Italy, Travel, Wine. Bookmark the permalink.

3 Responses to Festival of Torcolato in Breganze, Italy