I borrowed this little travel survey from Ashley at for the love of wanderlust and it brought back a lot of great travel memories.  If you do your own please send me a link so I can read it!

A: AGE you went on your first international trip
I went to Mexico when I was 21, but my first trip to a country not physically connected to the U.S. was to Diego Garcia when I was 22.

B: Best (foreign) BEER you’ve ever tasted
I am going to cheat and say a Raddler in Germany, it is half beer and half lemon soda.  I can’t drink beer anymore because it makes me sick 😦

C: CUISINE (favorite)
It’s a toss up between indian curries and sushi

D: Most and least favorite DESTINATIONS
Most Favorite: this is tough, but I am going to say Seoul, South Korea
Least Favorite: Kuwait City, Kuwait (but I did love their blatant jabs at Iraq in their national monuments, you would never see that kind of stuff in America).

E: EVENT you experienced that made you say “wow”.
Watching an Ethiopian pop star perform on the beach in Djibouti.   It was one of those moments when I realized how happy travel makes me.

F: FAVORITE mode of transportation
Cruise ship.  If I could travel everywhere on a cruise ship I promise I would never ever complain about travel hassles again.

G: GREATEST feeling while traveling
Seeing something that you have dreamed about for years.

I: INCREDIBLE service you’ve received and where
Hotel in Bratislava.   My friends and I stayed there for one of our annual Christmas Market trips and on our last morning in Bratislava one of the workers drove us around the city to get pictures.

J: JOURNEY that took the longest
I have been on a lot of very long plane rides, Getting to Japan might have been the longest, it was at least 10 hours on one plane, maybe more.

K: KEEPSAKE from your travels
I like to pick up something I can wear, like a t-shirt so it doesn’t just sit on a shelf for years.

L: LET-DOWN site; why and where
Halloween in Vegas.  I dressed up expecting the craziest Halloween ever, and the city was dead.  It was so disappointing (and a little embarrassing since I was the ONLY person in costume)! To be fair, the night was still a lot of fun, but that had more to do with the group of people I was with and not with Vegas itself.

M: MOMENT that you fell in love with travel
I honestly don’t know, it has been a passion for as long as I can remember.  Except when I was a kid and we traveled everywhere by car.  My small bladder and low tolerance for motion sickness was a recipe for misery.

N: NICEST hotel you’ve stayed in
The Grand Floridian in Disney World when I was a kid.  It was the big family vacation and it was fantastic.

O: OBSESSION– what are you obsessed with taking pictures of while you travel?
Me eating weird things

P: PASSPORT STAMPS– How many and from where?
I have no idea, most of them are from going to and from the states since traveling within EU countries does not get you a stamp.  The San Marino passport stamp might be my favorite though. 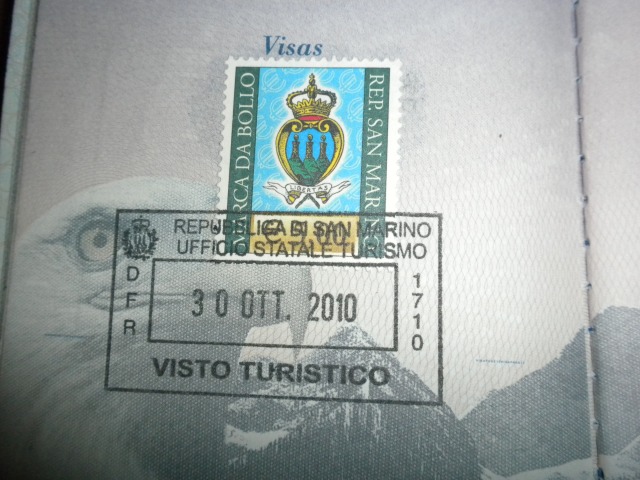 Q: QUIRKIEST attraction you visited and where?
I can’t even remember where this was, but on a road trip (maybe in Arizona) I stopped at a road side attraction advertising a real American mummy.  It was strange, and totally worth it.

R: RECOMMENDED site, event or experience
Visit every interesting place within a 250 mile radius of your house.  There are so many places I regret not visiting  because I thought they were too close to home so they would be boring, big mistake.

S: SPLURGE– something you have no problem spending money on while you’re traveling
Souvenirs and experiences.

T: TOURISTY thing you’ve done
I am a major tourist, so if there is a touristy thing to do, I have probably done it.

U: UNFORGETTABLE travel memory
Hiking in the Mojave desert and swimming in a tiny mountain pool fed by a waterfall.

V: VISAS– How many and from where?
The only ones I can think of off the top of my head are from Kuwait and my work visa for Italy.

W: WINE– Best glass of wine you’ve had, and where
I live in Italy, this question is not fair.

X: EXCELLENT view and from where?
In the helicopter right before I jumped out over the swiss alps. 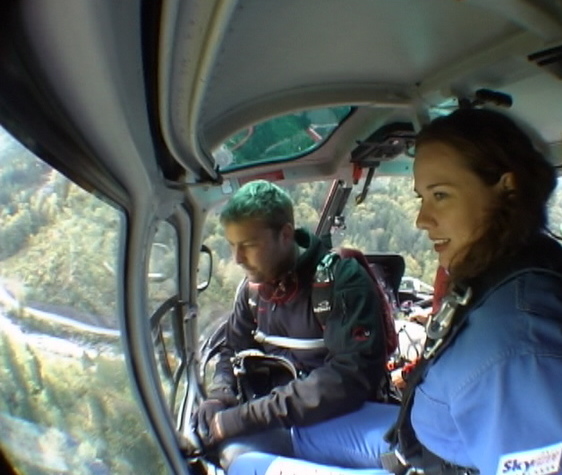 Y: YEARS spent traveling
If you only count traveling as an adult it would be about 12

Z: ZEALOUS sports fans and from where?
Americans cheering for the American women’s soccer team playing against Italy in Padova for a spot in the 2012 Women’s World Cup.  The newspaper called us a small but loud group of Americans.