A Trip to The Haunted Island of Poveglia: Part Two

A thousand shrute bucks for Sal, who identified the giant spider from my last post!

And now for more ghost hunting!

~For part one of my Poveglia trip click here: Poveglia Part One. ~

First, a few interesting facts about Poveglia I didn’t mention in my first post:

Below is a picture of the bridge connecting the “Plague Field” to the main part of the island.  If you watched that ghost adventures episode, this is the bridge where the camera is knocked down by some unseen thing running from the field.  The group slept in the field for a few hours before sunrise.  I started off on the bridge because I really didn’t want to sleep in the poop, but ended up back in the field with two garbage  bags as my ground cover.

There are no toilets on any part of the island so whenever I had to pee it was off to the overgrown part of the plague field for me.  If you ever want to feel as uncomfortable as humanly possible try pulling down your pants in the pitch dark in a place rumored to host thousands of disgruntled spirits.  Yikes.

Now that we have that out of the way, let’s look at some more pictures… 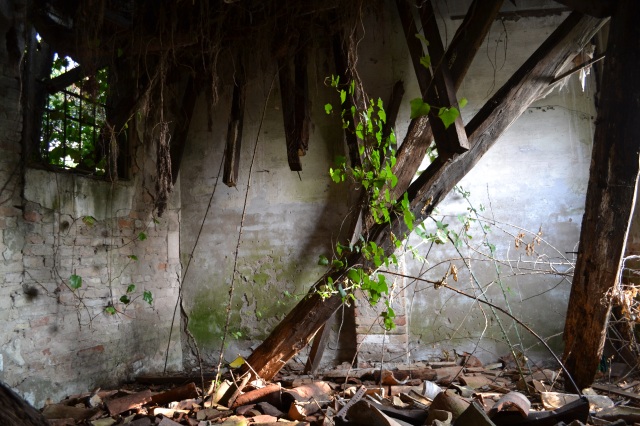 This scary looking tube thing is apparently an industrial dryer or radiator or something.  We had to crawl through it to get from this room to the adjoining one.

We called this place the “Creepy Corridor.”

I have heard two different versions of when this island was finally abandoned, one says in the 1960’s and one says in the 1980’s.  Either way, it is shocking how quickly nature takes over once we leave a place.

This was on the top floor of the hospital.  We came back to this room in the middle of the night to see what we could find.  Of all the rooms on the entire island, this is the only room that made me genuinely uncomfortable at night. 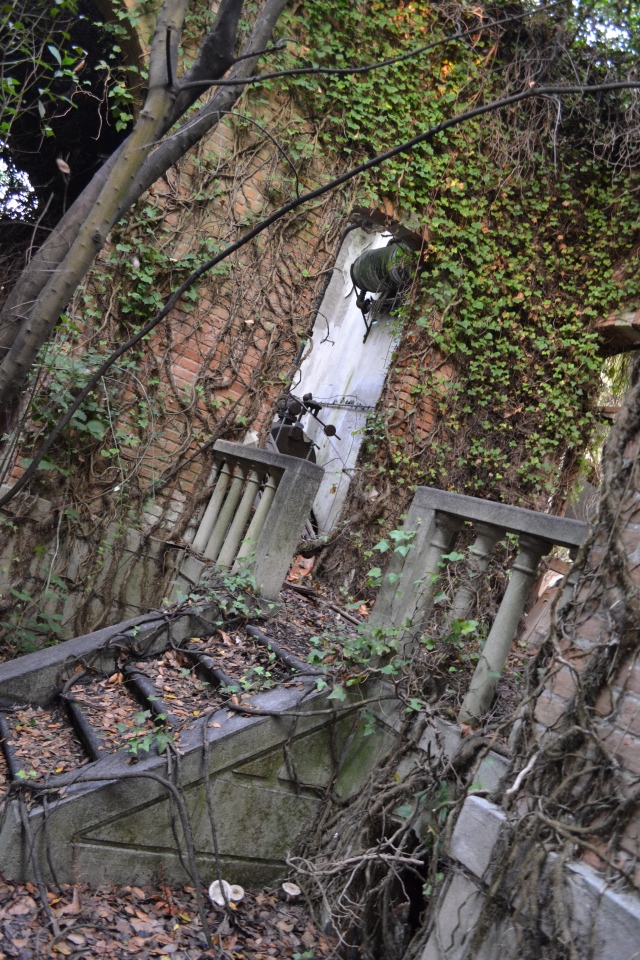 We found this sign near a building that was completely blocked by overgrown woods.  It basically says not to dig because there are contagious bodies buried here.  We spent the better part of two hours finding a way into the building.

15 Responses to A Trip to The Haunted Island of Poveglia: Part Two